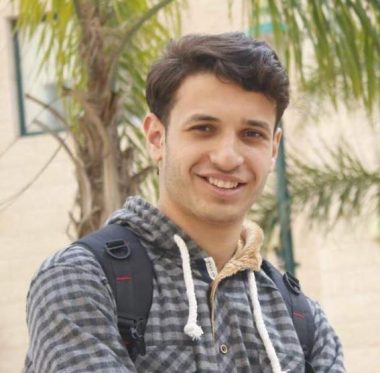 The Israeli army handed, Wednesday, a young Palestinian man a military order denying him access to the college where he studies, in Nablus, in northern West Bank, for six months.

The student, Yousef Dweikat, 20, is from Balata town, east of Nablus. In a phone interview, the student told the Palestinian News & Info Agency (WAFA), that he was summoned for interrogation in Salem military base and security center, west of Jenin.

He added that he was interrogated by Israeli intelligence officers before they handed him a warrant preventing him from entering his college, the an-Najah National University, in Nablus, for six months.

The student was informed that the order was made due to his political activities in the college campus. Dweikat is a third-year Electrical Engineering student; he is also a former political prisoner who, on September 17th, 2017, was released from an Israeli detention center and being imprisoned for seven months.

He said that he contacted his college, and several human rights organizations, asking for help so that he can continue his studies.