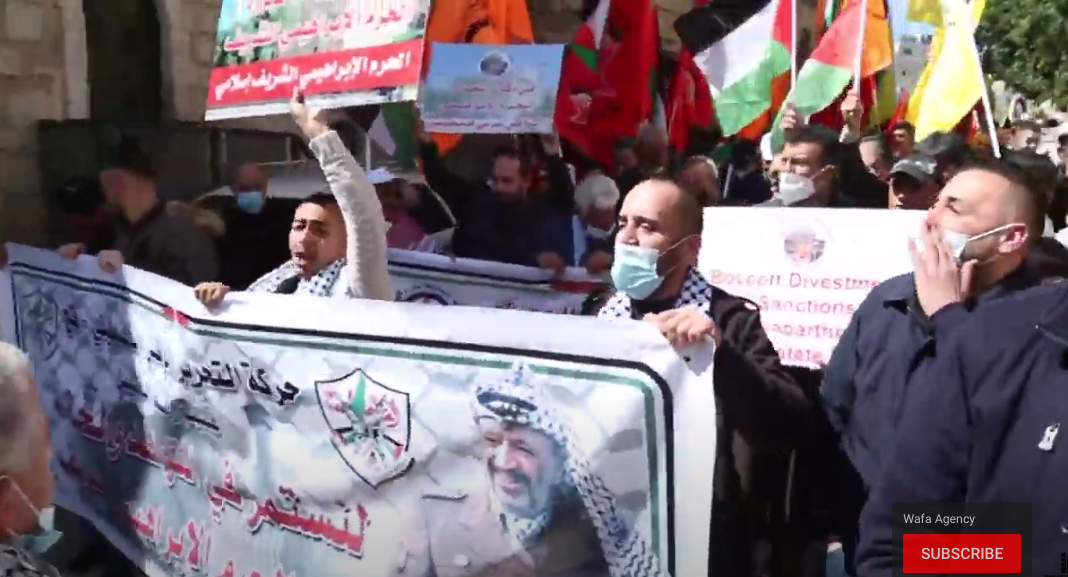 On Friday, Palestinians in Hebron marked the 27th anniversary of the horrific massacre of 29 Palestinian worshipers by American-Israeli fanatic Baruch Goldstein at the Ibrahimi Mosque. But they were prevented by Israeli authorities from performing the call-to-prayer (which normally takes place 5 times daily) on the pretext that Jewish settlers, who took over half of the mosque and turned it into a synagogue following the 1994 massacre, were celebrating the holiday of Purim.

The banning of the call-to-prayer added insult to injury, according to local residents, as the American-born Baruch Goldstein, who was wearing his Israeli military uniform when he entered the mosque to commit the massacre 27 years ago, had carried out his attack on the Jewish holiday of Purim.

The Palestinian Ministry of Foreign Affairs termed the Israeli decision to ban the call-to-prayer “a call for religious war”. The Ministry condemned the continued measures by Israel to prevent restoration works at the Ibrahimi Mosque, in what it said were efforts to Judaise the Old City of Hebron and expel and displaced Palestinians.

The Ministry urged the international community and the United Nations to take action to protect the holy site of the Ibrahimi Mosque and to carry out their obligations under international law to ensure that religious liberty is respected.

The Director and head of the Ibrahimi Mosque, Sheikh Hefzi Abu Sneina, said the ban came into effect at dusk yesterday and will remain in place until Saturday evening. He told reporters with the Palestinian Wafa News Agency that these measures are an infringement on the freedom of worship guaranteed by international law.

Israeli forces stopped the marchers in the street, preventing them from reaching the mosque.