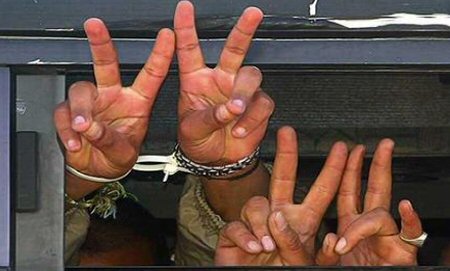 Israeli authorities ordered, on Tuesday, the immediate re-detention of two Palestinian prisoners who were released after spending six years in occupation prisons, according to local sources.

Sources told the Palestinian News & Information Agency (WAFA) that Mahmoud Abu Hadwan, 26, and Omar Khaled al-Rajbi, 28, were detained moments after their release from jail and taken to the al-Moskobiya detention and interrogation center in West Jerusalem.

Both prisoners are residents of occupied East Jerusalem, they were detained in December of the year 2015 and incarcerated for six years for allegedly ‘resisting the occupation’.