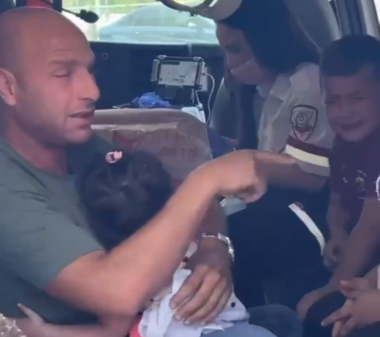 An Israeli colonialist settler pepper-sprayed, Saturday, a Palestinian father and his two children, as the father stopped at a traffic light in Jerusalem, and fled the scene.

The Palestinian man was driving in the occupied city, and stopped at a traffic light in the Jouret Ennab area, when a colonialist settler approached the vehicle and sprayed the father and his two children with pepper spray.

The Israeli assailant instantly fled the scene, and the police arrived later before an ambulance was called and the medics provided treatment to the Palestinian and his children.

The assailant was on the sidewalk when he noticed the Palestinian car and casually approached it, before using the pepper spray against the father and his children.