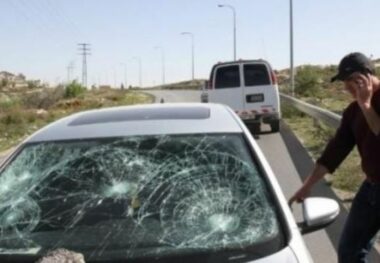 He added that Israeli soldiers arrived at the scene and started closing Palestinian roads leading to Nablus, in addition to invading areas near Huwwara town, south of the city.

The army did not arrest any of the colonists, and did not remove them from the area.