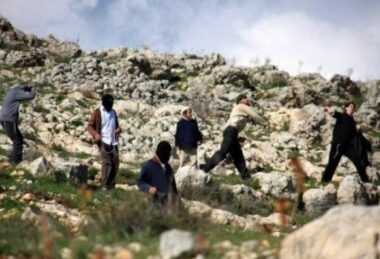 Eyewitnesses said the Palestinians were plowing their lands when the colonists assaulted them.

They added that Israeli soldiers were present during the attack but did not try to stop the assailants or remove them.

The wounded three men were moved to a hospital in Ramallah for treatment, after the medics provided them with the needed first aid.

It is worth mentioning that the attack took place on private lands Israel is planning to illegally confiscate from the Palestinians for the benefit of the colonists.