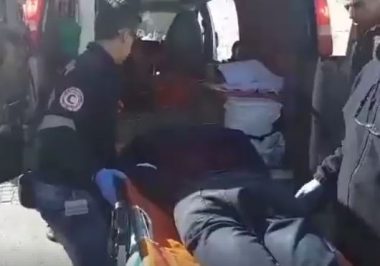 Palestinian medical sources have reported, on Wednesday evening, that a young Palestinian man suffered serious wounds after being attacked by extremist Israeli colonists, while leaving the al-Aqsa Mosque, in occupied Jerusalem.

Medics of the Palestinian Red Crescent (PRC) rushed to the mosque and provided the young man with the urgently needed treatment, before transferring him to a hospital due to the seriousness of his condition.

The attack left the young man, identified as Mustafa al-Moghrabi, unconscious and in a very serious health condition.

Firas ad-Dibbs, the head of the Media Department at the Palestinian Waqf and Religious Affairs Ministry, said the attack was carried out when a group of extremist colonists were leaving the mosque, after invading it and conducting a provocative tour.