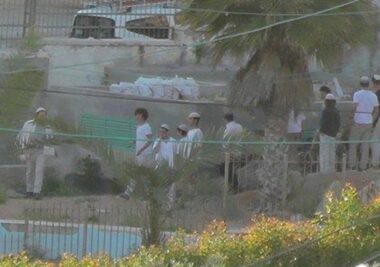 On Monday, illegal Israeli colonizers attacked Palestinian homes in the Tayba area east of Tarqoumia town, west of Hebron, in the southern part of the occupied West Bank.

He added that the colonizers attacked several homes and hurled stones at them before the Palestinians intercepted them, forcing them to leave.

The Israeli colonizers frequently attack the Palestinians and their homes, bulldoze and uproot their trees and farmlands, especially since the colony was built on stolen lands just a few meters away from Palestinian homes and property.