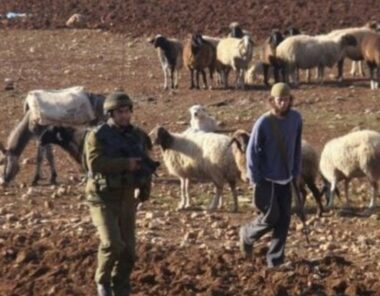 On Saturday, illegal Israeli colonizers attacked Palestinian shepherds and tried to force them to leave their lands in Um al-Kheir village in Masafer Yatta, south of the southern West Bank city of Hebron.

He added that the colonizers tried to force the shepherds out of their lands, but the Palestinians gathered in the area and foiled their attempts.

In related news, Israeli soldiers tried to stop the preparations for paving roads in the village, but the local council managed to prove the work was being done within the structural maps of the village.

Al-Amour said the ongoing Israeli escalation is meant to force the Palestinians out of their lands to benefit the illegal Israeli colonialist activities.