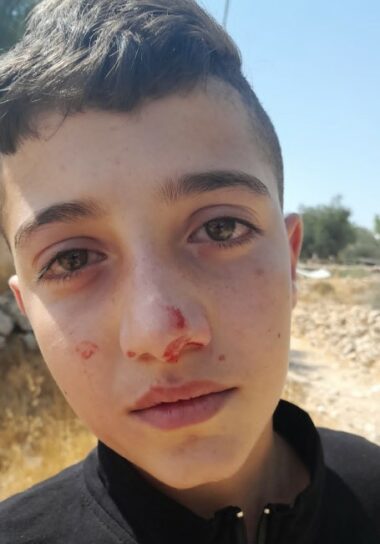 On Monday, several illegal Israeli colonizers attacked and injured a Palestinian child near his home in Hebron’s Old City, in the southern part of the occupied West Bank.

They added that Palestinian medics rushed to the area and provided the needed treatment to the wounded child.

The colonizers came from the illegal Beit Hadassah and Ramat Yishai colonies before attacking the child and fleeing the area.

Also, several colonizers from Beit Hadassah hurled stones at a Palestinian home in Shallala Street, in the center of Hebron city, shattering the glass of several windows, and causing anxiety attacks among the children.