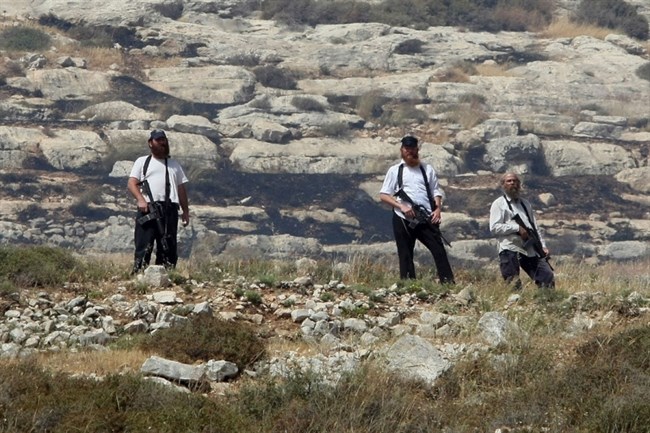 On Friday, May 28th, in Khirbet Shehadeh, west of Salfit in the West Bank, settlers opened fire on Palestinian landowners attempting to defend their land. Several weeks ago, four wooden rooms were built on land owned by the residents of the village of Deir Istiya, which is on the outskirts of Khibet Shehadeh. Thee rooms were to serve as the beginning of construction for a new settler colony, reports Wafa News Agency.

These are not unusual incidents as settler violence is rarely prosecuted by Israel, and the colonial settlers themselves are bolstered by the backing of Israel’s Nation-State Law, passed in July 2018. The Nation-State Law explicitly states that “The right to exercise national self-determination in the State of Israel is unique to the Jewish people.”, and “The  state views the development of Jewish settlement as a national value and will act to encourage and promote its establishment and consolidation.” According to Wafa news agency, over 700,000 settlers live in Jewish-only colonial settlements within occupied East Jerusalem and the West Bank, in violation of international law. Since 1993, colonial settlement expansion has tripled since the signing of the Oslo Accords.

The colonial settlements are in violation specifically of the Fourth Geneva Convention, which bans the relocation of the occupying nation’s civilian population to the land of the occupied.