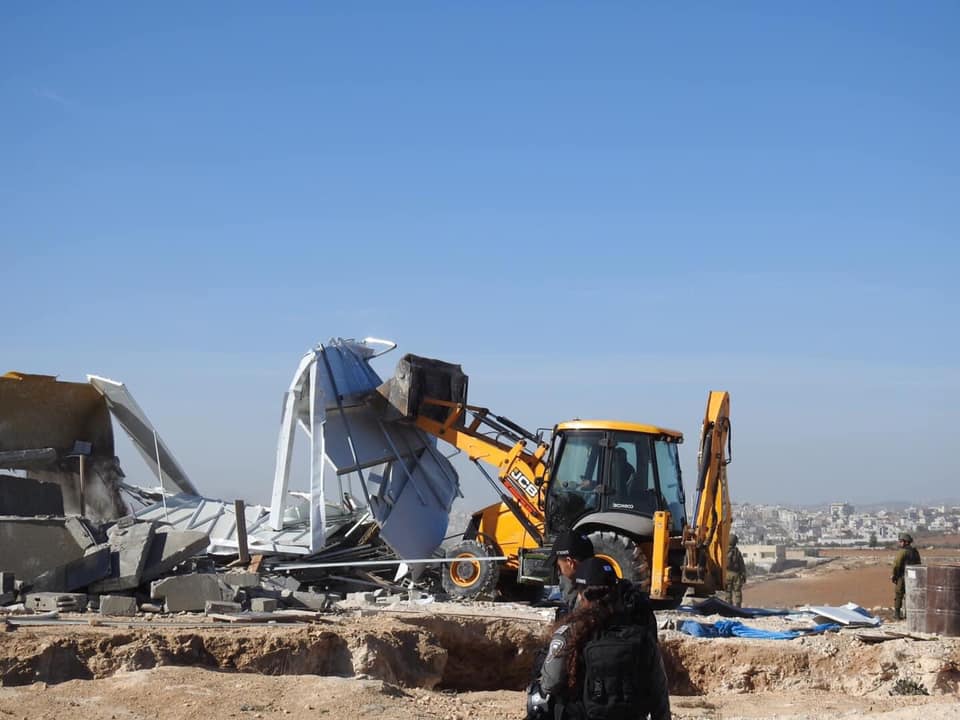 Israeli forces demolished, Monday, two Palestinian-owned homes and a water well south of Hebron, in the southern occupied West Bank, according to a local activist.

The Wall and Colonization Resistance Commission reported that two civilian homes and a water well were destroyed by Israeli soldiers in the Al-Buwaib and Ziv areas, east of Yatta town.

Bulldozers can be seen tearing down a residential building made of concrete and tin, reducing it to rubble.