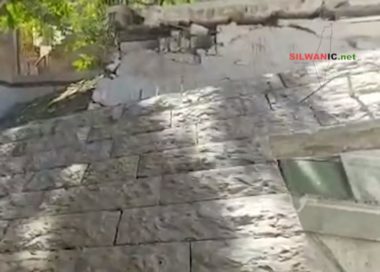 The Israeli municipality of West Jerusalem demolished a Palestinian-owned home, on Tuesday, in Silwan town in occupied Jerusalem, under the pretext of the lack of an Israeli permit.

The Wadi Hilweh Information Center (Silwanic) reported that municipality crews, backed by Israeli special forces as well as the police, stormed Silwan, surrounded the home, owned by Mohammad Rajabi, and proceeded to destroy the home.

Rajabi stated that the Israeli municipality issued the demolition order, but did not allow it to appeal the unjust order.

Last week, Israeli court gave a deadline of Sunday to demolish their own home, threatening a $30,000 fine if the municipality demolished the home.

It was not clear at the time of reporting, whether or not a $30,000 fine was issued against the family.