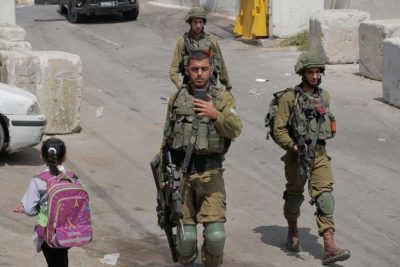 Israeli forces abducted on Tuesday evening seven Palestinians, including a girl, from the Old City of Jerusalem.

This cellphone video of one of the abductions was tweeted by al-Quds News: