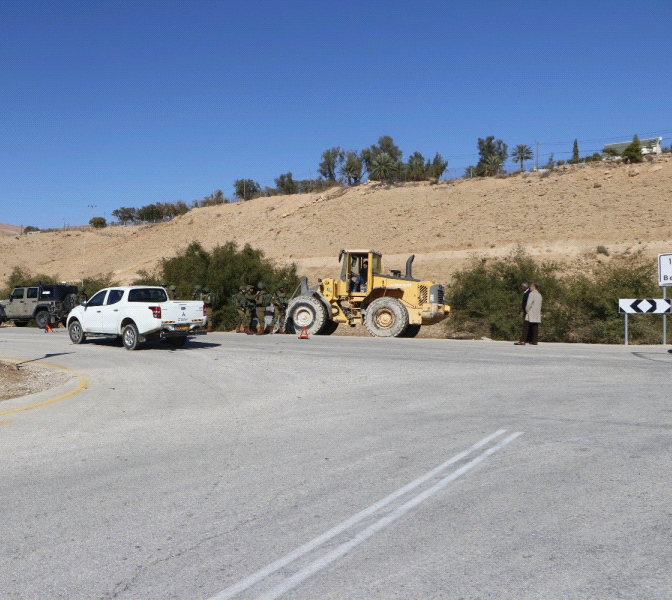 Israeli forces dismantled, on Monday, nine Palestinian-owned residential structures and seized them from the town of al-Ouja, in the Jordan Valley, occupied West Bank, the Palestinian News and Info Agency reported.

According to the head of al-Ouja municipality, Salah Freijat, soldiers dismantled nine inhabited structures out of 70 slated for demolition within a week.

The structures, he said, were built by the municipality and funded by the United Nations Office for the Coordination of Humanitarian Affairs (OCHA) and Maan Development Center.

The Israeli military declared the area of demolitions a ‘closed military zone‘ and barred journalists and activists from reaching it.