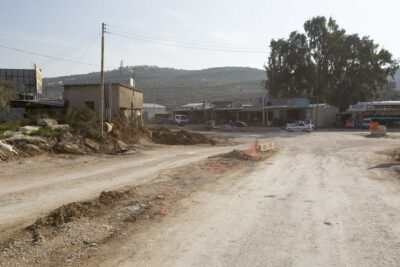 On Thursday night, Israeli forces invaded the al-Yamun village west of Jenin, in the northern part of the West Bank. The troops shot a young man in the shoulder near the Israeli Annexation Wall.

The Palestinian worker has been identified as Muhanad Hushiya. He suffered a bullet injury in his shoulder as he was returning home from work on the Israeli side of the Annexation Wall.

Muhanad was rushed to the main hospital in Jenin, where he was treated for the bullet wound in his shoulder. No information was available about his condition.

The shooting attack comes less than a month after Israeli forces shot and killed Ala’ Nasser Zayyoud, 21, in Burqin town, west of the northern West Bank city of Jenin.

The incident took place when a large Israeli military force, including undercover soldiers, invaded Burqin, leading to protests, and an exchange of fire between the army and armed resistance fighters.

Eyewitnesses said a large military force also invaded an area, between the towns of al-Yamoun and Burqin towns, before surrounding a home.

They added that Ala’ ran towards the area of the invasion carrying his weapon, but did not know the soldiers were deployed around the corner and came face to face with them when they shot him with several live rounds, and even fired several rounds at him after he dropped onto the ground.