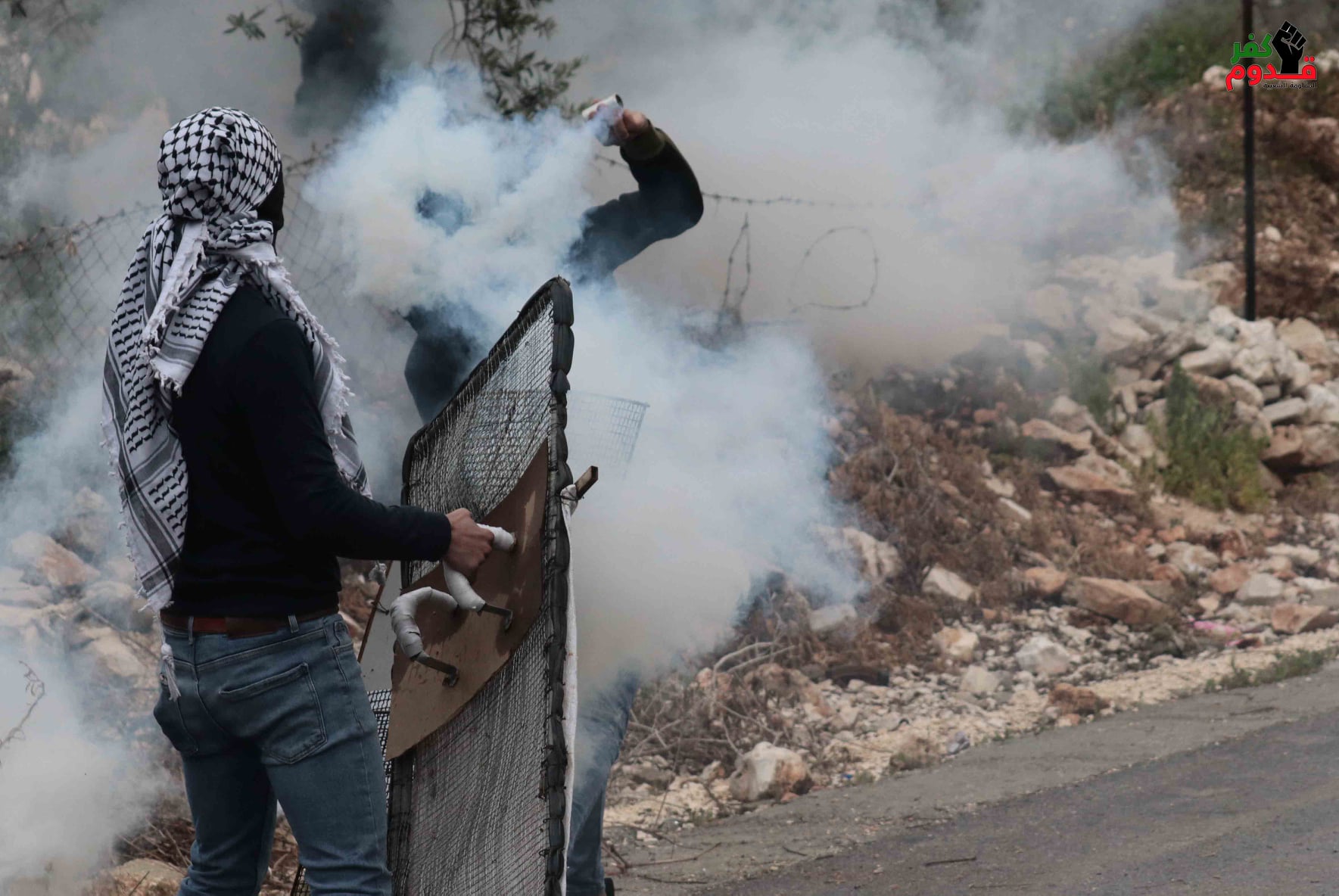 Israeli forces, on Friday, suppressed the weekly peaceful procession in the village of Kufur Qaddoum, shooting two photojournalists with sponge-tipped rounds and causing dozens of others to suffocate on teargas, according to a local official.

Locals from the village, located east of Qalqilia in northern occupied West Bank, have held non-violent demonstrations every Friday for several years to demand the Israeli authorities open the main road that was closed to Palestinians in 2003 for the exclusive use by the illegal settlers in nearby colonies.

The media spokesman for the Wall Resistance Commission, Morad Eshteiwi stated that the army fired sponge-tipped rounds, rubber-coated steel rounds and teargas canisters towards the protestors, striking and injuring two Palestinian photojournalists, and causing dozens of other participants to choke on teargas.

All injuries were treated at the scene.

Youths burned tires to obscure their positions, and hurled rocks and teargas canisters towards the invading soldiers.

The village of Kufur Qaddoum has engaged in weekly non-violent protests against the Wall and colonial settlements each Friday afternoon for over ten years. It is one of a number of villages that have engaged in long-term resistance to the Israeli occupation and illegal colonies built on Palestinian land.