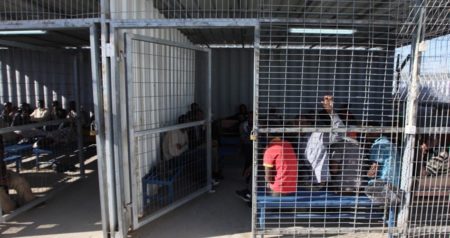 The Palestinian Prisoner Society (PPS)said that confrontations flared up between Palestinian detainees and Israeli prison guards, during the raid.

No injuries were reported, but one Palestinian prisoner was transferred to another section as a punishment.

PPS said that about 50 Palestinian detainees are held at Ashkelon, and that they have been subjected to arbitrary raids and transfers on a regular basis, since October of 2019.

Thursday’s raid was the second since the start of the new year, according to the PPS.