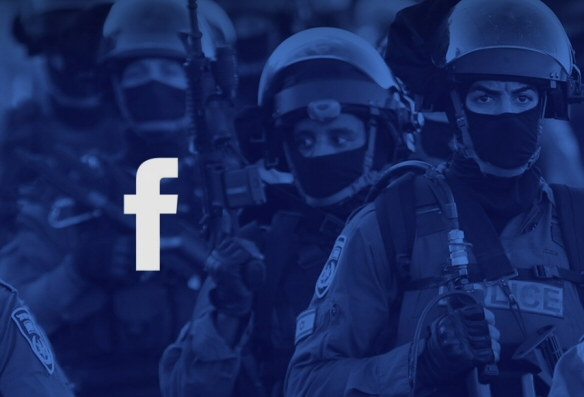 “Under Israeli Military Order 101, Palestinians under military law are prohibited from demonstrating and publishing anything relating to a ‘political matter.'”

Israeli security forces have arrested about 400 Palestinians for social media activity since the Palestinian popular uprising began in October 2015.

On the morning of of August 28, 2014, two days after the end of the Israel-Hamas war in Gaza, Sohaib Zahda hopped into a shared taxi in Hebron that was going to Ramallah, where he had a job interview.

Thirty-three-year-old Zahda, who owns a paintball company, is an unlikely terrorist. An avid cyclist who speaks Arabic, Italian, French, and English, he is a member of Youth Against Settlements, a nonviolent organization that protests against Israeli settlers who live in and around Hebron. He is opposed to Hamas firing rockets into Israel. He likes to tell visitors his grandfather had Jewish friends in Hebron in the 1920s.

Hebron and Ramallah are about 25 miles apart. To get between them, Palestinians must pass through the “container checkpoint,” manned by Israeli soldiers on a road that connects the southern West Bank to its central and northern cities. At the checkpoint — named for a shipping container once located at the barrier — Palestinian pedestrians queue up to get their IDs checked, while cars wait for inspection and for soldiers to wave them through. When Zahda’s taxi drove up, masked Israeli soldiers stopped the vehicle, asked him to get out, and then handcuffed him.

They took his mobile phone and his bag and brought him to a room near the checkpoint. After two hours, he was told he was being investigated for threatening an Israeli army leader. The alleged threat was made on a Facebook page calling for an uprising in Hebron. Zahda was then blindfolded and placed in an Israeli military jeep.

Continue reading at The Intercept…