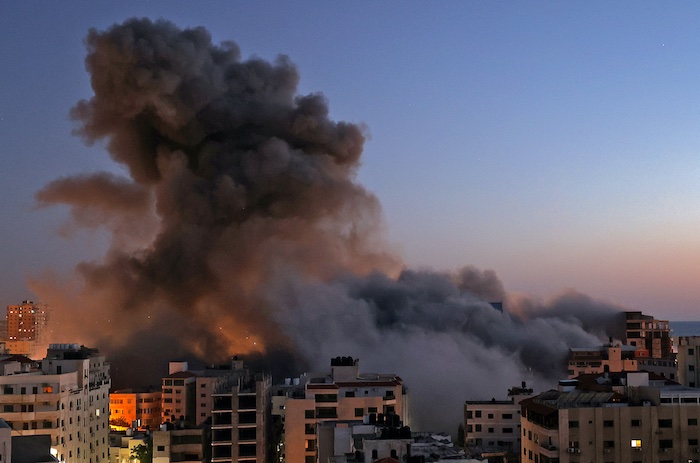 WAFA correspondent stated that the occupation targeted sites west of Khan Younis, in the southern Gaza Strip, with two missiles, causing damage to the site and civilian homes.

Israeli warplanes also fired a missile at a site in Deir al-Balah in the central Gaza Strip, causing damage to the site and adjacent civilian homes.

In the north, at least one missile was fired at farm land east of Beit Hanoun town, there were no reports of any casualties.

The Israeli army spokesperson claimed the bombing was in response to an alleged rocket fired from the Gaza Strip, Quds News Network reported.

The Gaza Strip has become a humanitarian catastrophe, due to the strict air, land, and sea blockade imposed by the Israeli occupation on the inhabitants of the tiny coastal enclave.

It added that sirens sounded in the colony, and the Iron Dome missile defense system repelled the rocket, there were no reports of damage or casualties.