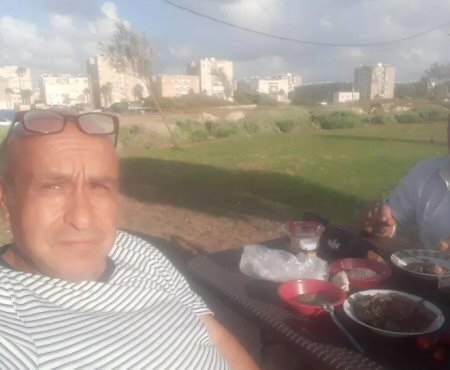 Palestinian former prisoners continue to face harsh persecution, as former prisoner Mohammed Zayed, released in the 2011 Wafa al-Ahrar prisoner exchange agreement (the so-called “Shalit deal”), became the latest person to have his former sentence reimposed, seven years after his liberation. Zayed, 58, is a leader of the Abnaa el-Balad movement in occupied Palestine ’48. While he is a Palestinian citizen of Israel, his treatment makes clear the status of Palestinians in ’48 – colonized, occupied and subjected to a racist system.

When Zayed was released in 2011, he had already spent 19 years of his 35-year sentence in Israeli jails. Like his fellow released prisoners, he was forced to sign terms of release. On Monday, 27 August, he was ordered to spend the remaining 16 years of his sentence behind bars. Louay Khatib, an Abnaa el-Balad representative, told Quds News that Zayed was arrested a short time ago on an unrelated matter not considered a “security” or political issue. He was sentenced to eight months in prison for this unrelated case, not referred to in the conditions of his release.

Khatib said that because he was sentenced to more than six months in prison, the Israeli military system re-imposed his former sentence, saying that the court’s decision in the other case “did not specify the nature of the matter.” Khatib also said that Zayed is appealing his case to the Central Military Court and the Supreme Court, despite the fact that his lawyer requires a fee of 100,000 NIS ($27,537 USD) to proceed. He denounced this latest reimposed sentence against a Palestinian prisoner, demanding that “the Egyptian guarantor of the agreement must stand up to its responsibilities in this case. It is not reasonable that any conviction requires the reimposition of the former sentence.” Khatib also said that Zayed was told that he would not be housed with his fellow Palestinian prisoners but with criminal prisoners. Zayed, from the occupied city of Lyd in Palestine ’48, has a number of chronic diseases including diabetes and dyskinesia as well as suffering from a “difficult” psychological and social situation, according to Quds News.

Allam Kaabi, a former prisoner released in the Wafa al-Ahrar exchange and a leader of the prisoners’ committee of the Popular Front for the Liberation of Palestine, told Hadf News that “once again, occupation courts prove that they are criminal tools of repression of the Palestinian people.” He noted that around 55 freed prisoners had been re-arrested and their former sentences imposed as a form of pressure against the Palestinian resistance in any forthcoming prisoner exchange agreement. Kaabi also noted that more such arrests may be forthcoming in an attempt to escalate that pressure.

Palestinian resistance organizations have emphasized that the re-arrested prisoners of the Wafa al-Ahrar exchange must be released unconditionally before a prisoner exchange. Kaabi said that it is essential to ensure that these freed prisoners are not once again subject to re-arrest.

08/29/18 Nikki Haley: Palestinian Right of Return Should be Off the Table