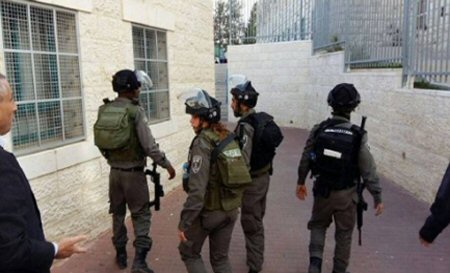 Israeli forces raided a shop in the old town of Hebron, destroyed its contents, and assaulted and injured an elderly person, said the shop owner, Ghassan Abu Hadid.

Israeli forces reportedly raided the shop, smashed the refrigerators’ glass doors and destroyed some shelves before ordering the owner to close the shop, warning him of the consequences of reopening it again.

According to WAFA, an 83-year-old elderly who was present at the shop, at the time of the raid, was physically assaulted and inured. The elderly sustained bruises and cuts in his face and hands.