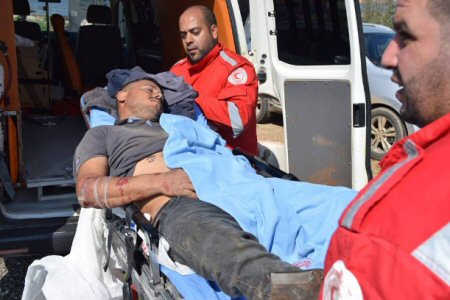 A group of Israeli settlers attacked a Palestinian man, causing him injuries, while he was herding his sheep in open areas of the northern Jordan Valley, on Tuesday.

According to human rights activist Aref Daraghmeh, settlers from Rotem settlement, which is located on the Palestinians’ land in Al-Farisiyya town, chased down the Palestinian shepherd and assaulted him, leaving his with bruises all over his body.

Medical sources said the young man’s condition was stable and he was given medical examinations at  Tubas hospital.

In a related context, PNN further reports that the occupation detained two shepherds in the area, named Luay Dragameh, and  a child, Ali  Draghmeh.