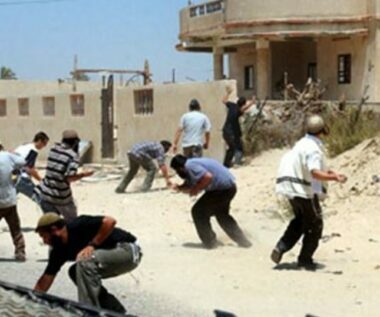 East of Bethlehem in the southern occupied West Bank, a large group of Israeli colonists threw stones at Palestinian-owned homes, until locals drove them out of the village.

The deputy head of the local village council, Ahmed Ghazal, confirmed that 20 settlers in 3 vehicles intruded on the village and began throwing stones at homes, before local citizens drove them out.

Meanwhile, Palestinian shepherds were harassed and chased by illegal colonists with dogs, as they tried to graze their livestock in Kisan village.

Ghazal, told Palestinian WAFA News Agency that Israeli settlers from an adjacent colony allowed their dogs to chase the shepherds as a means of inducing terror, before locals were able to force the colonists out of the town.