Israeli Soldier Killed by Stone Slab Dropped on His Head 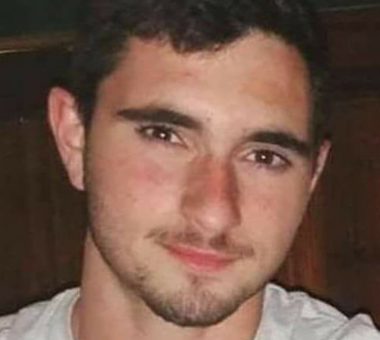 A 20-year old Israeli soldier identified as Ronen Lubarsky was severely injured Thursday morning while invading a Palestinian refugee camp, when Palestinians dropped a stone slab on his head from the roof of a third-story building. On Saturday, Lubarsky died of his wounds.

The incident took place at the al-Am’ari refugee camp near Ramallah, in the central part of the West Bank.

After his death, Israeli authorities quickly mobilized to put together a patriotic funeral that same evening. Hundreds of people attended, including Lubarsky’s brother, who gave a eulogy in which he said, “Wild animals were waiting for you on the rooftops. I pray to God that our leaders, who I love, will do something about it.”

The funeral was a military service, which took place on Mount Herzl in Jerusalem on Saturday night.

Lubarsky was a member of the ‘Duvdevan unit’ of the Israeli army, known for its extrajudicial assassinations of Palestinian suspects.

The head of the unit praised Lubarsky during the service, saying that he had “participated in a great number of operations to capture terrorists”

After the stone slab fell on Lubarsky Thursday morning, he was rushed to the hospital, where he remained in critical condition until his death on Saturday.

The refugee camp that he was invading, along with other members of his unit, was put under a 24-hour curfew in the days following his injury, with no one allowed to leave or enter. But Israeli soldiers have until now been unable to identify or apprehend the suspects who,they claim, pushed the stone slab off the roof onto Lubarsky.