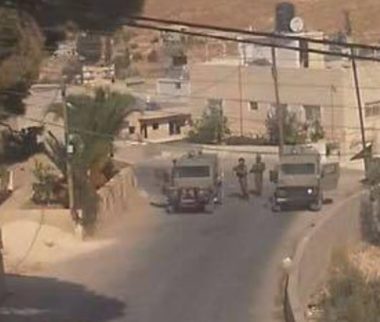 Several Israeli army jeeps invaded, on Monday at night, the town of Teqoua’, southeast of the West Bank city of Bethlehem, searched homes and abducted a young man.

Media sources in Bethlehem said the soldiers invaded the town from several directions, before storming and ransacking homes.

They added that the soldiers abducted a young man, identified as Mohammad Shibli Sha’er, from his home in the town.

In related news, the soldiers invaded Magharat ad-Dab’ah village, south of Qalqilia, and the Eastern Area of Nablus city, in the northern parts of the occupied West Bank.