Israeli Soldiers Abduct Four Children, One Adult, Him In Jerusalem 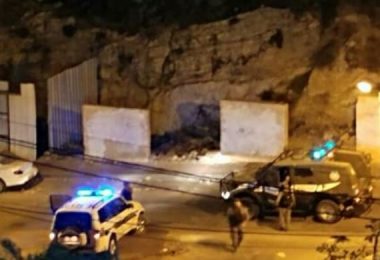 Eyewitnesses said the soldiers attacked and injured Mohammad Abu Jamal, and took him to an unknown destination.

Locals tried to stop the soldiers, but were unable to secure the release of the child.

The soldiers also assaulted and abducted a local Sheikh, identified as Nour Rajabi, near the Gate of the Tribes leading to Al-Aqsa Mosque.