Israeli Soldiers Abduct Man With Down Syndrome, Break His Wrist 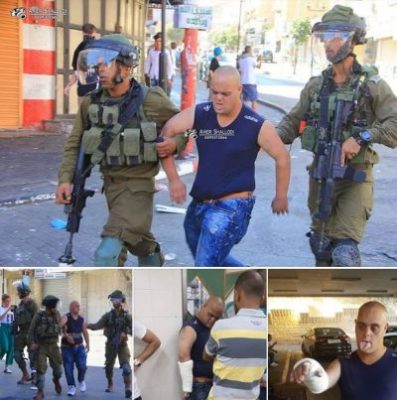 Israeli soldiers abducted, on Saturday morning, a Palestinian man with Down Syndrome, and repeatedly beat him until breaking his wrist, in Hebron city, in the southern part of the occupied West Bank.

Media sources in Hebron said the soldiers abducted Mahmoud Zayed in Bab az-Zawiya area, in the center of Hebron city.

The wounded Palestinian man posed no threat to the soldiers, and was just walking in the Old City, when he was violently assaulted by them, local confirmed.

Local photojournalist Amer Shallodi was one of the people who witnessed the assault and managed to take pictures of the soldiers detaining Zayed, before and after assaulting him and breaking his wrist.