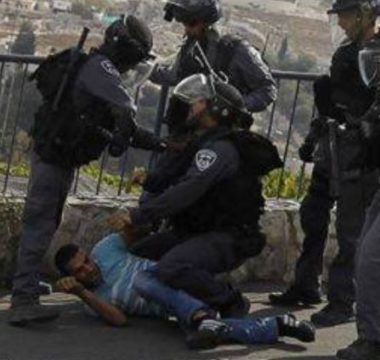 Israeli soldiers invaded, on Monday at dawn, many Palestinian communities across the occupied West Bank, searched and ransacked dozens of homes, and abducted at least nineteen Palestinians, in addition to wounding several others, the Palestinian Prisoners’ Society (PPS) has reported.

It is worth mentioning that Abu Safiyya was recently injured by army fire in his leg and shoulder and is still recovering from his wounds.

In Tulkarem, in northern West Bank, the soldiers abducted a former political prisoner, Qassam Riyad Bodeir, 30, in addition to Bassel Essam Aref, 19, who studies at the Palestine Technical University – Kadoorie.

The soldiers also invaded many neighborhoods in Hebron city, and installed roadblocks at the entrances of Sa’ir and Halhoul towns, and the al-Fawwar refugee camp, before stopping and searching dozens of cars, and interrogated many Palestinians while inspecting their ID cards.