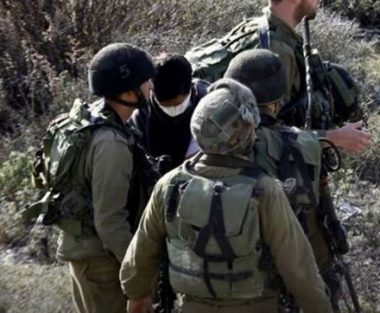 Israeli soldiers abducted, late on Friday at night, two young Palestinian men near the northern West Bank city of Jenin, and one near Tubas, in northeastern West Bank.

The WAFA Palestinian News Agency has reported that dozens of soldiers invaded Zabbouba village, west of Jenin, and fired dozens of rubber-coated steel bullets at local youngsters, who protested the invasion, and at surrounding homes.

WAFA added that the soldiers also abducted two young men, who remained unidentified at the time of this report, and took them to Salem nearby military base.

In addition, the soldiers abducted Eyad Fayyad ad-Dibik, while walking in a mountain area, near his village, Tayasir, east of Tubas, and took him to an unknown destination.