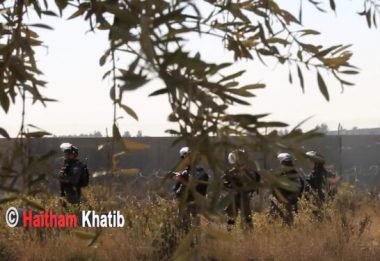 This week’s protest also commemorates the thirteenth anniversary of the death of late President Yasser Arafat.

Abdullah Abu Rahma, the Coordinator of the Popular Committee against the Annexation Wall and Colonies in Bil’in, said the soldiers fired gas bombs and concussion grenades, causing many to suffer the effects of teargas inhalation.