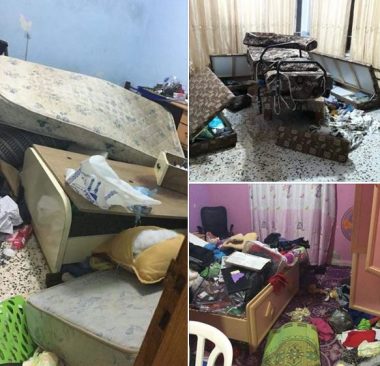 Media sources in Kobar said the soldiers stormed and ransacked several homes in the village, and interrogated many Palestinians.

The entire village has been isolated and subject to ongoing invasions and searches of homes , and other types of collective punishment, since the death of Yotam Ovadia, 31, who was stabbed, on Thursday at night, in Adam nearby illegal colony.

Israeli sources said Mohammad Tareq dar Yousef, 17, from Kobar, allegedly managed to climb over the fence into the settlement of “Adam,” and stabbed three people before he was shot and killed.

In occupied Jerusalem, the soldiers abducted Ahmad Rokon, from his home in Ras al-Amoud neighborhood, in Silwan town, and took him to an interrogation facility.