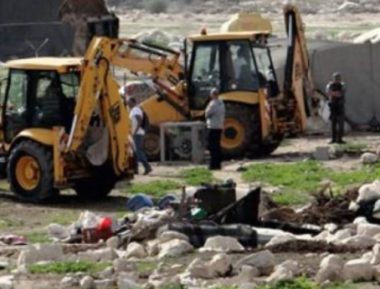 Israeli soldiers demolished, Monday, a shed and uprooted six Dunams (1.48 Acres) of Palestinian farmlands in Beit Ummar town, north of Hebron, in the southern part of the occupied West Bank.

He added that the soldiers also uprooted and bulldozed six Dunams of lands, owned by Abu Ayyash, and planted with almond trees in the al-Qarn area, east of Beit Ummar.