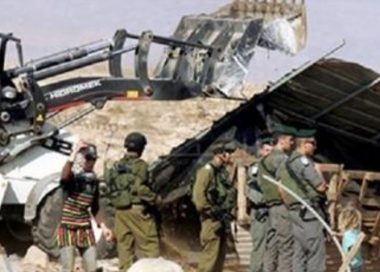 He added that the army claimed the shops “are too close to the military roadblock” installed by the soldiers, near the main entrance of the village.