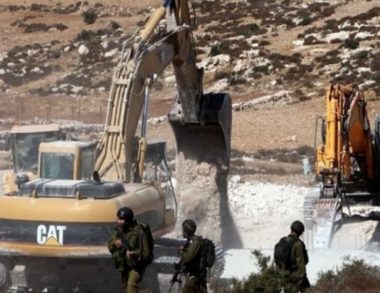 Rateb Jabour, the coordinator of the National and Popular Committee against the Annexation Wall and Colonies in southern West Bank, said the soldiers invaded Khallet ad-Dabe’ area in al-Masafer ash-Sharqiya, and demolished four residential sheds.

The sheds, built with tin and bricks, housed ten members of the family of Mohammad Ali Jaber Dababsa.

The soldiers also destroyed solar panels, which were used to provide electricity to the Palestinians.

The army frequently targets the Palestinians in the area, including the demolition of homes, tents and property, in addition to causing damage to structures, agricultural lands, wells and water networks.