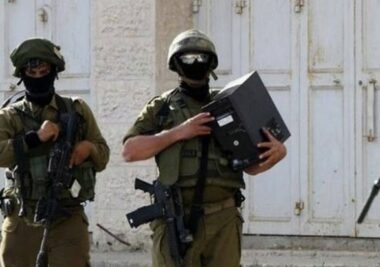 They added that the soldiers stormed and ransacked the homes of Taiseer Kamal al-Waked and Raqi Ibrahim Yahia, before confiscating surveillance recordings from the properties.

The soldiers also invaded a gas station and a supermarket on the Arraba-Ya’bad Road before searching them and confiscating surveillance recordings.

Dozens of soldiers were also deployed near the military roadblock on the Arraba-Ya’bad Road and invaded the villages of Toura, Nazlet Zeid, and al-Hashimiyya, southwest of Jenin.