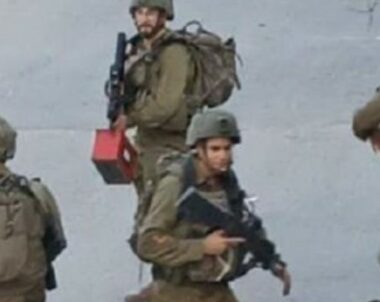 On Friday, Israeli soldiers injured many Palestinians during protests in Beit Ummar town, north of Hebron, in the southern part of the occupied West Bank.

Medical sources have confirmed that the soldiers shot a young man, 18, with a live round in the left leg and caused dozens to suffer the effects of tear gas inhalation.

The invaded area is near the illegal Karmie Tzur colony, built on stolen Palestinian lands in Beit Ummar.