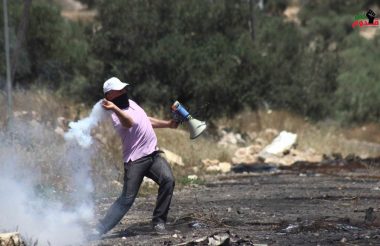 Morad Eshteiwi, the coordinator of the Popular Committee against the Annexation Wall and Colonies in Kufur Qaddoum said dozens of soldiers invaded the town and resorted to the excessive use of force against the protesters.

He added that the soldiers fired dozens of rubber-coated steel bullets and gas bombs, causing many mild injuries, before the wounded received treatment by local medics.

The protesters chanted against the ongoing Israeli occupation, the military escalation against the Palestinian people, the deadly use of force against nonviolent protesters in the Gaza Strip, and against the opening of the U.S. Embassy in occupied Jerusalem, in direct violation of International Law. 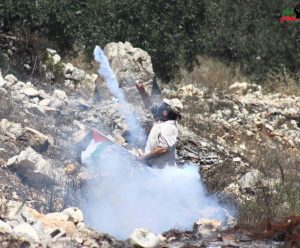