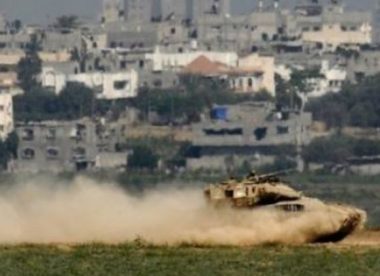 The invasion was carried out by three tanks and three bulldozers that came from Kissufim military base, across the border fence, southeast of Deir al-Balah.

The military vehicles advanced approximately 150 meters into the Palestinian agricultural lands, and bulldozed some areas close to the fence.