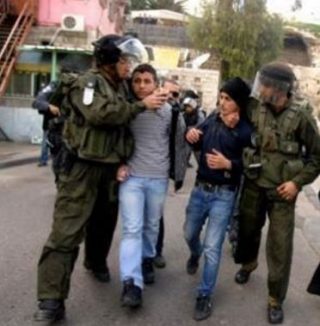 The Hebron office of the Palestinian Prisoners Society (PPS) has reported that the soldiers kidnapped Hadi Majdi Sabarna, 18, after invading his family’s home and searching it.

The soldiers also invaded and searched several homes in the town, and interrogated many Palestinians while inspecting their ID cards.

In related news, the army invaded the towns of Sa’ir, Sammoa’ and Surif, in the Hebron district, and searched several homes.

On Thursday morning, the soldiers invaded the West Bank city of Bethlehem, and nearby Beit Fajjar town, broke into and searched a few homes and kidnapped two Palestinians.