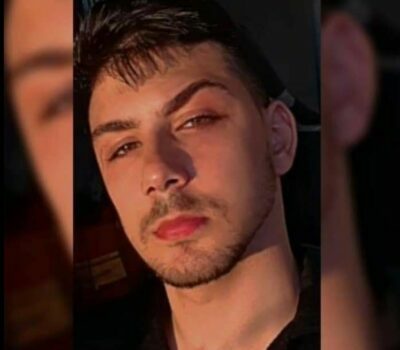 On Friday, Israeli soldiers shot and killed a young Palestinian man, after an alleged stabbing attack targeting soldiers, near Beit Einoun village junction, northeast of Hebron, in the southern part of the occupied West Bank.

The young man was shot with live fire before the soldiers closed the entire area and prevented Palestinian medics from approaching him while he bled before moving him to a hospital in occupied Jerusalem, where he was pronounced dead.

Eyewitnesses said the soldiers fired several live rounds at the young man from a close range, even after he fell to the ground.

They added that the soldiers also fired gas bombs and concussion grenades at Palestinians who tried to reach him.

The soldiers then called for an Israeli ambulance that arrived later while he continued to bleed and moved the Palestinian, Fadi Mohammad Fayez Ghattas, 19, to a hospital in occupied Jerusalem, where he was officially pronounced dead.

It is worth mentioning that Fadi is from the Deheishe refugee camp, south of Bethlehem city, in the West Bank.

The Israeli occupation army claimed the young stabbed and moderately injured a soldier near Kiryat Arba’ colony before another soldier opened fire and “neutralized him.”
Israeli Paramedics and army medical personnel provided treatment to the wounded soldiers before moving him to Hadassah Medical Center in Jerusalem. They said the soldier was fully conscious.

The army alleged that, according to its initial investigation, Fadi got out of a car and walked towards the soldiers before approaching one of them and stabbing him in the neck.

After the fatal shooting, dozens of Palestinians marched in the area, chanting against the illegal Israeli occupation, its colonies, and escalating Israeli violations.

Commenting on how he was informed of his son’s death, Mohammad Ghattas said:

I returned from work before the wife told me that an Israeli intelligence officer phoned our home and informed her that my brother Mahmoud and I have been summoned for interrogation at Etzion military base.

After heading there, an officer asked me about my son and if I knew where he was and what he was wearing when he left home before showing me a picture of him after he was shot and covered in his own blood.

They executed my son. I asked them why they didn’t just shoot him in the legs to incapacitate him, and why they had to deliver fatal shots, but they never answered my questions.