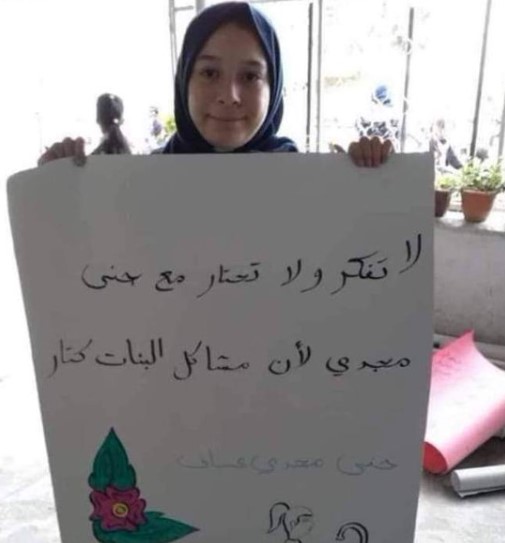 Late on Sunday night, Israeli soldiers invaded the Eastern neighborhood of Jenin city, in the northern part of the occupied West Bank, killed a child while standing on her home’s rooftop, injured a young man, and abducted three.

Sources at the Khalil Suleiman Hospital in Jenin said the soldiers killed Jenna Majdi Essam Zakarna, 15, after shooting her with live fire in the head.

Jenna’s family said the soldiers fatally shot her while standing on the rooftop of their home in the Eastern Neighborhood.

They said Jenna went to the rooftop of their home to bring her cat, and that is when the soldiers shot her.

“She went to the rooftop to bring cat down, but she didn’t come back, so her brother went to the roof and saw her bleeding on the ground,” her uncle, Yasser Zakarna, said, “She was just fifteen, she was just a child who loved life… the soldiers shot her four times; two in the head and face, and two in her chest…they killed her childhood, the occupation just keeps committing its crimes, just like what he saw a few days ago in Jenin…”

Hundreds of Palestinians marched carrying the corpse of the slain child while chanting for liberation, independence and ongoing resistance against the illegal Israeli occupation.

The soldiers also stormed and ransacked many homes before abducting Hasan Ahmad Mer’ey, 30, Tha’er Jihad Hanthawi, 40, and his brother Mohammad, 33. 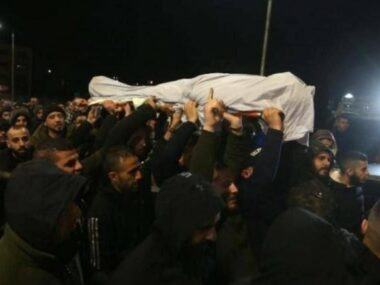 Furthermore, the soldiers caused damage to several parked cars and a shop during protests that took place in the Al-Bayader area in Jenin.

The Israeli army claimed it arrested a Palestinian reportedly “planning attacks against the soldiers and Israeli targets.”

Furthermore, the Palestinian Health Ministry said the soldiers also shot a young man with a bullet in the leg before he was rushed to Ibn Sina Specialized Hospital suffering mild-to-moderate wounds.

Also, Palestinian resistance fighters exchanged fire with Israeli soldiers who invaded Jenin and again while withdrawing from the city.