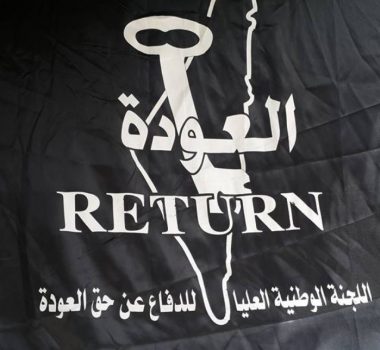 Israeli soldiers fired, on Friday morning, live rounds at the Great Return Camp, east of Khan Younis, in the southern part of the Gaza Strip.

Media sources said the soldiers, stationed on military towers near the perimeter fence, east of Khan Younis, fired many live rounds at the Palestinians, and added that the attacks did not lead to casualties.

The attack comes ahead of the Great Return March processions, which will be held today for the 23rd consecutive week since the nonviolent protests started on Palestinian Land Day, March 30th, 2018.

Since then, the army killed 171 Palestinians, including medics, journalists, women and children, and injured at least 18300 others, in several parts of the Gaza Strip.