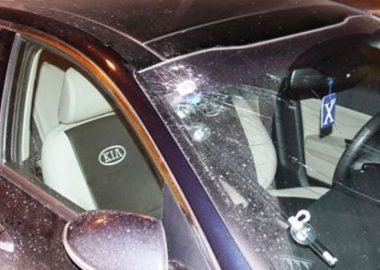 Israeli soldiers opened fire, on Tuesday at night, at the car of the Palestinian undersecretary of the Health Ministry, while he was traveling from Ramallah to Bethlehem, in the occupied West Bank.

The car was driving near the ar-Ram town, in Ramallah, when the soldiers fired several live rounds at it, causing heavy damage to its windshield.

Palestinian Health Minister, Dr. Jawad Awwad, strongly condemned the serious Israeli violation, and said this attack is part of ongoing abuses, violation and escalating aggression against the Palestinian people, their officials, in addition to their homes, lands and holy sites.