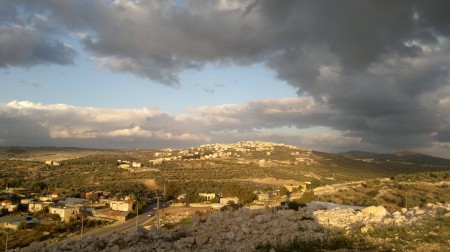 Israeli forces continue to hold the residents of Ya’Bad village, near Jenin in the northern West Bank, under a tight military siege preventing anyone from entering or leaving, while at the same time conducting nightly invasions of the town and abducting youth and young men.

On Sunday, Israeli forces abducted two Palestinians from the town. They were not identified, and no reason was given for their abduction.

According to local sources, the Israeli military battalion entered the village in the dead of night and began ransacking homes. When youth came out to the street to protest the invasion, the Israeli soldiers fired teargas canisters and stun grenades. No injuries were reported.

The town of Ya’bad has now been under Israeli military closure for over a week. The Israeli military isolated the town by closing the entrances with large earth mounds and cement blocks to prevent the residents from going out of the village.

This also prevented farmers from going to their lands to do the planting and agricultural processes that need to be done at this time of year.

People trying to enter or leave the town via trails through farmland were attacked by Israeli forces, who detained them and forced them back into the besieged village.