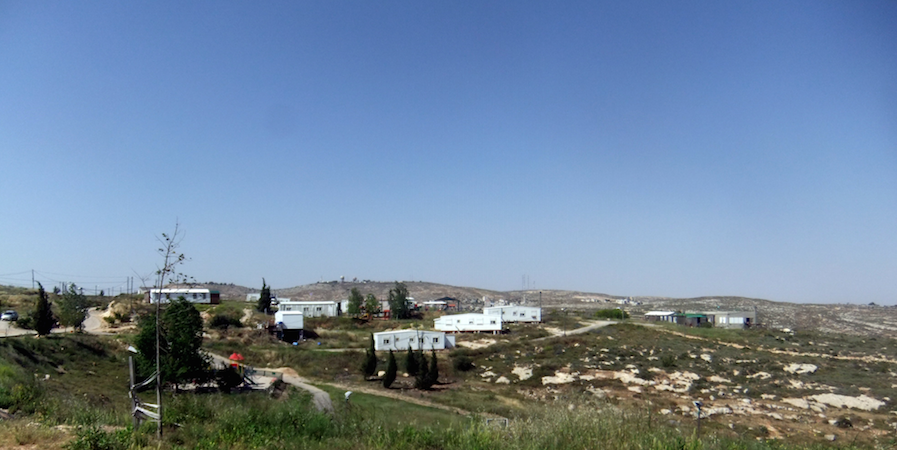 In essence, the bill rewards Israelis who settle on Palestinian land in the occupied territories by giving them the rights to it. The Palestinian victims of land confiscation are meant to stay quiet and hope for cash from the state.

Members of Knesset (MK) voted on three versions of the bill, all of which included provisions to retroactively legalize settlements. The first version of the bill passed the reading by 58 votes to 50; the second by 57-52 and the third by 58-51. The bill, in whichever version survives, must pass two additional readings in the Knesset before becoming law.

Al-Jazeera estimates that the legislation would apply to between 2,000 and 3,000 settler units in the West Bank.

All Israeli settlements are illegal

Israeli right-wing political parties promoted the legislation with an eye towards thwarting a recent ruling by Israel’s High Court to uphold a demolition order against the illegal settlement outpost of Amona.

Israeli minister of culture Miri Regev (Likud) casts a vote in favor of the “formalization” bill with “Amona will not be evacuated” written on her hand. Photo credit: Miri Regev’s Facebook.

Amona was built on private Palestinian land near Ramallah, in the West Bank, using forged documents. The outpost consequently violates even Israeli law and its settlement loophole which says that if the state first declares land “public,” then, settlers can build.

For the rest of the world, of course, all Israeli settlements are illegal. Resolutions of the United Nations Security Council and General Assembly, as well as the High Contracting Parties to the Fourth Geneva Convention and the International Court of Justice affirm this point.

Though international law does not exactly oppose Israel’s designation of some areas in occupied territory as “public” or state land, it does stipulate that the occupying power (Israel) is only entitled to managing such land for the benefit of the protected population (Palestinians.) Consequently, the 12,639 settlement housing units Israel issued tenders for on West Bank “public” land from 2002 to 2015, along with its prohibition of Palestinian development there, is illegal too.

But, Israeli minister of defense Avigdor Lieberman maintains that upholding Israel’s bogus distinction between confiscating “public” versus private Palestinian land is crucial for the time being. So, he insists, Amona outpost will be demolished as scheduled.

At the same time as Lieberman insisted on Amona’s demolition, he also encouraged the settler community to look forward to U.S. President-elect Donald Trump’s impending rule and cautioned them to wait until it begins before establishing more “facts on the ground.”

Lieberman suggested the Israeli government would pursue an agreement with the Trump administration based on the 2004 Bush-Sharon letter: Israel would freeze construction in particular West Bank settlements in exchange for U.S. recognition of and approval to expand its settlement blocs.

“We need to try to come to an understanding with the new administration concerning construction in the settlements,” Lieberman said.

Lieberman is right. Instead of going wild in Amona – Israel should anchor with the Americans the commitments we received from the Bush administration during Sharon’s premiership – negating the [Palestinian] right of return and for keeping the [settlement] blocs.

The Israeli prime minister’s office attested that, “[Benjamin] Netanyahu will listen to the ministers and will draft a government policy toward the new U.S. administration.”