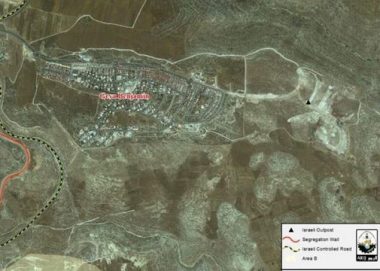 Lieberman said that he decided to prepare a plan for adding 400 new housing units to “Adam” illegal colony, and that he will make sure all approvals by relevant departments are finalized within the coming few weeks.

Although Israel has been ongoing with the illegal construction and expansion of its colonies in occupied Palestine, including in and around occupied Jerusalem, in direct violation of International Law and the Fourth Geneva Convention, Liberman claimed that the decision was made as a response for the fatal stabbing.

It is worth mentioning that, last Wednesday, Israel approved the construction of 270 new colonialist units, southeast of Bethlehem, in the occupied West Bank.

Lieberman’s fast decision came just hours after an Israeli colonialist settler, identified as Yotam Ovadia, 31, was killed in a stabbing incident carried out by Mohammad Tareq dar Yousef, 17, who allegedly managed to climb over the fence into the illegal settlement, and stabbed three people before he was shot and killed.