Malaysia Out for 2019 Swimming Championship Venue after Israeli Ban 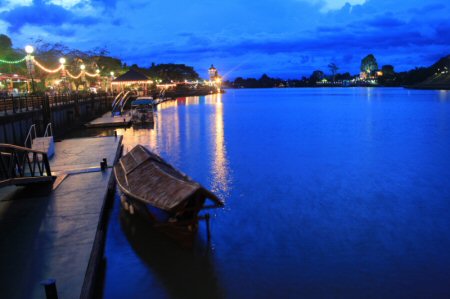 Malaysia has been stripped of hosting the 2019 World Para Swimming Championships, for denying to issue entry visas for Israeli para-swimmers, the International Paralympic Committee confirmed in a statement.

Earlier this month, Malaysian authorities denied to issue entry visas for two Israeli para-swimmers for the event, which was set to host hundreds of swimmers from 70 countries for the 2019 World Para Swimming Championships, in the city of Kuching, in July.

Malaysian Prime Minister Mahathir Mohamad explained that the ban comes as a form of support for Palestine and the Palestinian people and that it would be against national laws to issue visas for Israelis, as the country does not recognize the state of Israel.

At the time, Israel’s Foreign Ministry condemned the decision and accused Malaysia of anti-Semitism.

The International Paralympic Committee (IPC) president, Andrew Parsons, said in a statement, “When a host country excludes athletes from a particular nation, for political reasons, then we have absolutely no alternative but to look for a new championships host.”

“All World Championships must be open to all eligible athletes and nations to compete safely and free from discrimination.”

Parsons added, “Politics and sport are never a good mix and we are disappointed that Israeli athletes would not have been allowed to compete in Malaysia.”

In an interview with BBC news, Syed Saddiq, Malaysia’s minister of youth and sports, defended his country’s decision and stressed, “If hosting an international sporting event was more important than safeguarding the interest of our Palestinian brothers and sisters who are being mutilated time after time again then we have lost our moral conscience and moral compass.”

Saddiq added, according to Ma’an, “Malaysia must stand firm.”

The 2019 championships act as a qualifier for the Tokyo 2020 Paralympic Games.

Due to the unexpected change, alternative host cities must express interest to host the event to the IPC by February 11th.