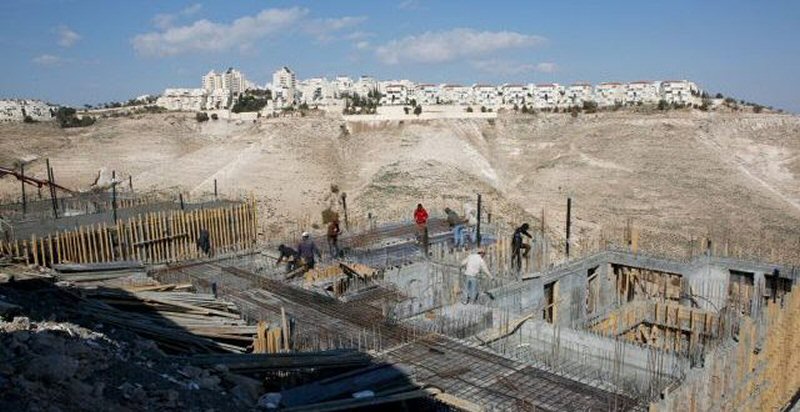 The US State Department condemned the plans, expressing its distress at Israel’s plans for the expansion of illegal settlements in the West Bank, illegal under International Law.

Furthermore, on Sunday, Israeli authorities issued proposals for the construction of 1,355 new colonial units, which has drawn harsh criticism from the European Union, the Arab League, and the Egyptian Foreign Ministry.

In a statement, Tuesday, a spokesperson for the European Union (EU) denounced the issuance of tenders (bids) for 1,355 new units

“Settlements are illegal under international law and constitute a major obstacle to the achievement of the Two-State solution and a just, lasting, and comprehensive peace between the parties,” said the statement.

“We call upon the Government of Israel to halt settlement construction and to not proceed with the announced tenders,” the statement concluded.

Moreover, on Tuesday, the Egyptian Foreign Ministry issued a statement condemning Israel’s colonial schemes, demanding that the occupation state cease the unilateral acts which threaten the prospect of peace, and the hope for a future Palestinian state.

The Arab League criticized, on Monday, the authorities’ decision to issue bids for the 1,355 new colonial units and the approval of the construction of 3,144 more illegal settlement units.

In a statement, the Arab league said;

The new Israeli settlement crime announced by the occupation authorities yesterday comes as part of the continuous and escalating Israeli aggression against the Palestinian people, especially in the context of continuing settlement plans.”

All Israeli settlements established on the territory of the occupied State of Palestine are illegal under international law and relevant United Nations resolutions, especially Resolution No. 2334 of the Security Council on December 23, 2016.”