Opinion: Trump’s Plan for Palestine Looks a Lot Like Apartheid 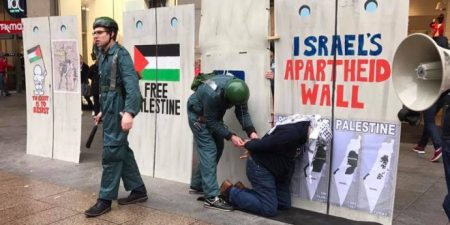 In the heyday of South Africa’s apartheid regime, the country’s white minority government planned to create 10 so-called homelands—also known as Bantustans—where black South Africans could live far away from the cities it hoped to keep white. It was the culmination of what the regime called “separate development”—an effort to deflect attention from racial oppression by claiming black people had been granted independence in their own states and weren’t second-class citizens in South Africa.

The apartheid government ultimately created only four ostensibly independent Bantustans (Bophuthatswana, Venda, Ciskei, and Transkei) and six supposedly self-governing territories. Foreign governments for the most part dismissed the puppet states for what they were; South Africa was the only country in the world to officially recognize the Bantustans, and the major decisions regarding their affairs were made exclusively in Pretoria.

I have devoted decades of my life to Israel’s foreign service, including serving as a South Africa desk officer in the Israeli Ministry of Foreign Affairs during the apartheid era and as the Israeli ambassador to South Africa from 1992 to 1994, during the country’s transition to democracy.

During these years, I learned, to my dismay, that no country in the world (with the exception of South Africa) contributed more to the economy of the Bantustans than Israel. Israelis built factories, neighborhoods, a hospital, and even a soccer stadium and an alligator farm in these South African puppet states. Israel went so far as to allow one of them, Bophuthatswana, to maintain a diplomatic mission in Tel Aviv, and its leader, Lucas Mangope—shunned by the entire world for advancing and legitimizing apartheid by cooperating with the South African regime—was a frequent guest in Israel.

As the entire world boycotted the Bantustan sham, Israel—motivated by the desire for security cooperation and an export market for its arms industry—mobilized to support the apartheid regime. Israel’s security cooperation with South Africa began in 1974 and ended only with the election of Nelson Mandela in 1994.

The 20-year relationship was wide-ranging in scope and included joint development of arms between the two countries and Israeli supply of military training and arms to South Africa. In fact, South Africa was at times the largest buyer of Israeli arms. This cooperation had been going on for almost two decades by the time I became ambassador and was so intricate that even I, as ambassador, was not privy to its details—which was coordinated in large part by the Ministry of Defense rather than the Ministry of Foreign Affairs. Through this cooperation, Israel became one of South Africa’s closest allies—economically, militarily, and diplomatically—and heeded its request to help develop the Bantustans.

Ultimately, of course, these Bantustans fell, along with the apartheid regime, thanks in part to international organizing and nonrecognition, including pressure and boycotts—despite white supremacist Afrikaner groups defending the Bantustans until the dying days of apartheid.

It is now, of course, clear that attempts to whitewash a discriminatory, oppressive regime by creating fictitious autonomous states inhabited by subjects who have no real political rights did not work in South Africa and they will not work elsewhere.

This lesson, however, is now being tested. With active support from the United States in the form of President Donald Trump’s so-called “deal of the century,” Israel is seeking to introduce and develop the new millennium’s version of the old South Africa’s deplorable policy.

Recently at the White House, Trump bestowed yet another gift on his close friend Israeli Prime Minister Benjamin Netanyahu ahead of the upcoming March 2 election in Israel, presenting a plan that his son-in-law and emissaries devised without any Palestinians present.

The details of the proposal, and the rhetoric used by both Trump and Netanyahu, made it clear that this was not a deal but rather the implementation of Netanyahu’s long-standing plan to further entrench Israel’s control of the West Bank by giving its residents disconnected enclaves of territory without granting them real freedom or basic political rights. That was precisely the goal of the old South African government’s Bantustan policy, too.

Trump did not just try to hand his friend almost a third of the West Bank, but he also—and perhaps primarily—tried to provide Netanyahu with a route toward international acceptance. Similar to U.S. recognition of Israeli sovereignty over the Golan Heights and the move of the U.S. Embassy to Jerusalem, Trump continues to signal that he can and will erase the time-honored policies of the international community with his own diktats.

This is bad news for millions of Palestinians—but not for them alone. Over the years, the United Nations has established that partitioning the land between the Jordan River and the Mediterranean Sea into two independent states is the only just and sustainable solution.

This solution is predicated on the belief that all 14 million people currently living on that land have a right to independence, equality, and dignity and that the best way to ensure this outcome is an end to the Israeli occupation, now in place for more than half a century, and partition based on the pre-1967 borders.

Prominent institutions such as the European Union and the Arab League have repeatedly expressed their support for and commitment to this model, as have previous U.S. administrations, led by both Republicans and Democrats. Unfortunately, the international community’s professed commitment to the two-state solution has yet to manifest itself in any substantive way, which seems to have led Netanyahu and Trump to the conclusion that the coast is clear for their annexationist vision.

It was just three years ago that the U.N. Security Council adopted Resolution 2334, asserting that settlements in the occupied Palestinian territories are unlawful and that no unilateral changes to the pre-1967 borders would be recognized. To respond to Trump and Netanyahu—and given the latter’s announcement of plans to annex territory within a few months—regional and Western leaders and major international institutions must once again speak up loudly and clearly.

No one must give even tacit approval to this new form of apartheid and the ideology undergirding it. Doing so would betray not only the legacy and efficacy of international resistance to South African apartheid but also the fate of millions of people living in Israel and what should be a truly independent Palestine.

Author: Alon Liel served as Israel’s ambassador to South Africa from 1992 to 1994 and was the director-general of Israel’s Ministry of Foreign Affairs from 2000 to 2001.